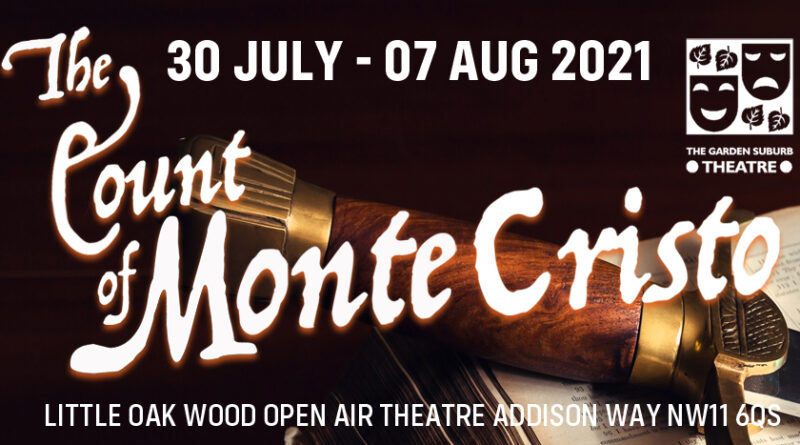 It’s 1815, Edmond Dantes is a young sailor who has the world at his feet. He has loving family & friends on whom he can depend, a recent promotion has seen him become the captain of a merchant ship at the tender age of 20 and he is to be married to the most beautiful girl in all of France!

But a plot of jealousy is emerging in the shadows. Edmond is cruelly thrown in to prison on bogus charges and must find a way back to his family before it is too late.

Join Garden Suburb Theatre this summer as they bring you an open-air extravaganza of love, treachery, deceit, sword fighting, laughs, revenge and… little stuffed rats that talk! All staged at the most picturesque theatre in North London – Little Oak Wood.

Will Dantes make it back to his love? Will the three villains get their comeuppance? What on earth has a talking rat got anything to do with it? Find out all this & more at THE COUNT OF MONTE CRISTO from July 30 until August 7 in Little Oak Wood Open Air Theatre.

Directed and newly adapted by Owain Rose, the Count of Monte Cristo is an energetic romp through the classic tale – influenced by Kneehigh Theatre, Ben Elton and Baz Lurhman.