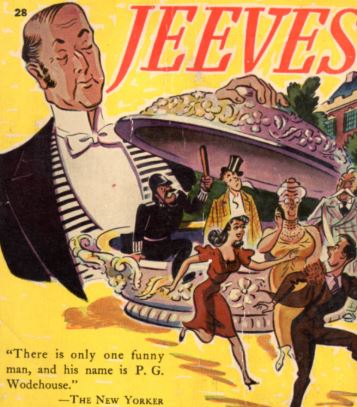 An audience enters a theatre and start to watch the play. We don’t know what the play is but we do see them do what audiences do: comment on the action, chat to each other, get frustrated with each other, sit in the wrong seats, spot other people they know, fall in love…

It’s important that actors who are cast are able to learn the lines at an early stage in order to achieve the pace the play demands. Don’t feel too limited by the specified ages (apart from the teenagers) as it will be more important that the relationships between the characters are right.

Please email audience@gardensuburbtheatre.org.uk for the script and audition pieces.

Jeeves and the Song of Songs by P G Wodehouse, adapted for the stage by Francis Beckett

Please arrive by 6.30pm if you are auditioning for this production only

Tuppy Glossop has dropped Bertie Wooster’s cousin Angela to pursue a romance with operatic diva Cora Bellinger. Ordered by his Aunt Dahlia to break up them up, Bertie finds himself called upon, in a plan orchestrated by Jeeves, to sing at a charity concert. A brand-new adaptation of the P G Wodehouse story.

Francis wants to be as flexible about ages as possible, so ages given are approximate, but Bertie, Tuppy and Beefy will need to be roughly of an age, since they were at university together.

The play is set in the 20s or 30s, so men will be asked to have their hair cut appropriately and shave off all facial hair.

Rehearsals for this play will be Tuesday and Wednesday evenings, and Sunday afternoons

Please email jeeves@gardensuburbtheatre.org.uk for the script and audition pieces, stating what parts you are interested in.