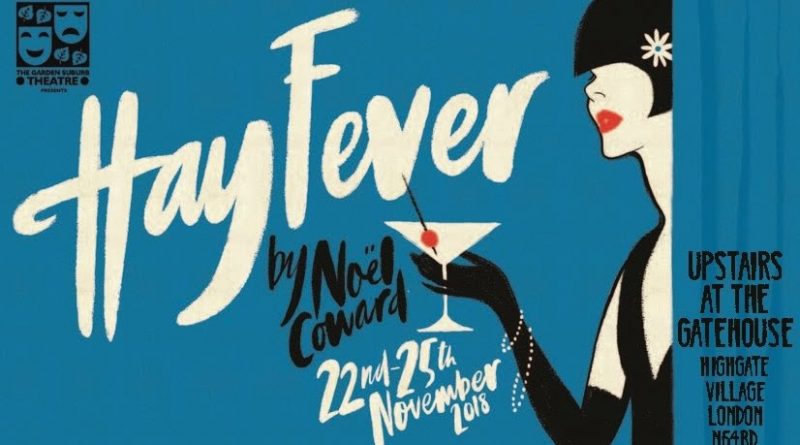 Hay Fever is a comic play written by Noël Coward in 1924 and first produced in 1925 with Marie Tempest as the first Judith Bliss. Best described as a cross between high farce and a comedy of manners, the play is set in an English country house in the 1920s, and deals with the four eccentric members of the Bliss family and their outlandish behaviour when they each invite a guest to spend the weekend. The self-centred behaviour of the hosts finally drives their guests to flee while the Blisses are so engaged in a family row that they do not notice their guests’ furtive departure.

Some writers have seen elements of Mrs Astley Cooper and her set in the characters of the Bliss family. Coward said that the actress Laurette Taylor was the main model. Coward introduces one of his signature theatrical devices at the end of the play, where the four guests tiptoe out as the curtain falls, leaving disorder behind them – a device that he also used in various forms in Present Laughter, Private Lives and Blithe Spirit.